At Anderson Energy Efficiency, we like to explore the limits. Having an Electric Car is great, but in 2015 one of our employees thought he could make something even more efficient. A self-balancing, electric Unicycle! 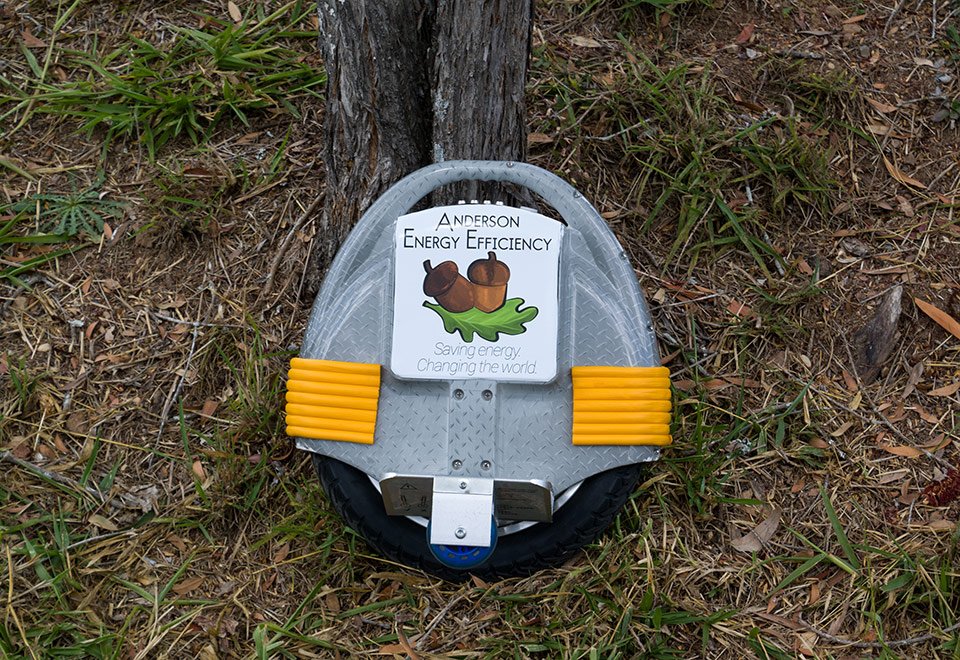 Riding it is like riding a Segway, but with only one wheel – you move and steer by gently leaning in the direction you want to travel. It’s been assembled from off-the-shelf components as well as some custom-made parts. The 600 watt motor is fully reversible so there’s no front or back. It also features full regenerative braking, so whenever you slow down it recharges the batteries too. Its range is around 10-12km depending on terrain with a maximum speed of 18km/h, so it won’t take you down the highway, but it will take you from your front door to the bus stop with ease. The larger wheel size compared to small scooter wheels gives much better handling in rougher terrain. 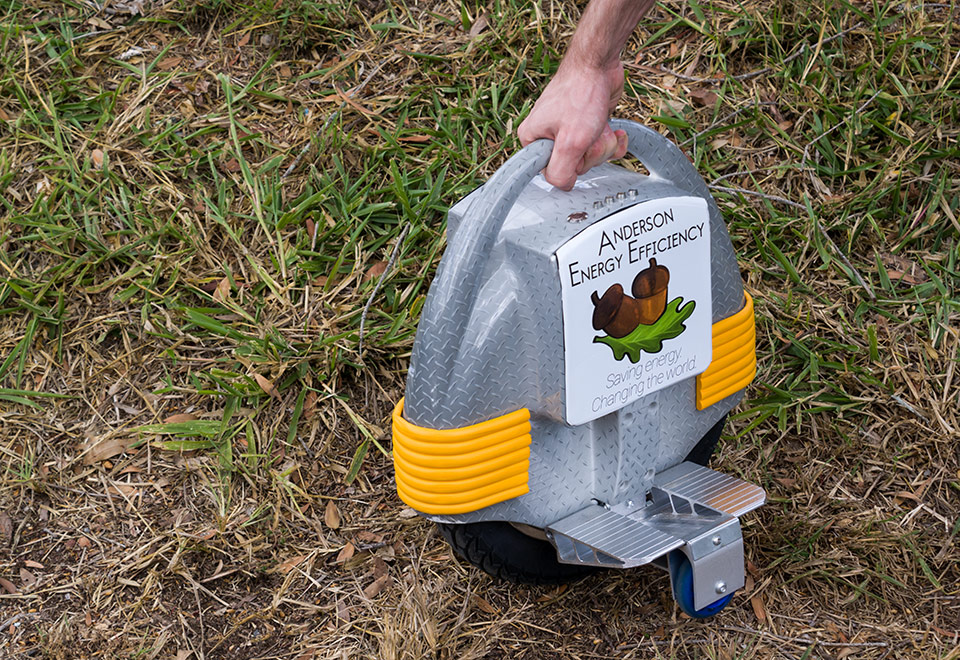 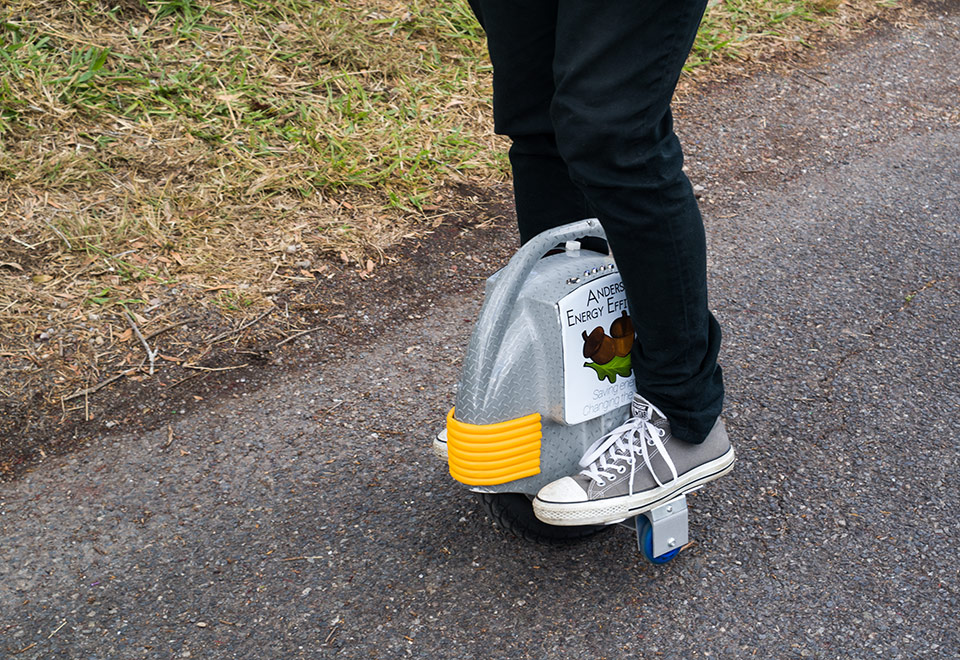 Thanks to its incredibly low embodied energy and light weight, this prototype also worked out far cheaper than we anticipated – the total build cost was under $400. If you’d like to know more about either of our electric vehicles, or anything else related to energy efficiency, don’t hesitate to contact us. We’re serious when we say we don’t just talk the talk, we walk the walk… Or in this case, ride the ride!